Ain’t it the truth?

On Monday night, the phones of Connecticut political junkies started buzzing. The impossible had happened in Bridgeport, unless you believe — as we all apparently should — that nothing is impossible in Bridgeport.

As of this afternoon, I would have bet on Bill Finch to hold on to his mayoralty despite losing last week’s primary. I could offer up a big explanation for this, but why bother? It turns out that Finch’s plan — to have a stooge secure a place on the ballot for him — has crumbled into dust. The plan was always a little risible. The imaginary party was called the Job Creation Party, which was uncomfortably close to the truth. The candidate, who stepped aside after two days, is a used car salesman. You know you’re pushing the envelope when Joe Ganim accuses you of “making a mockery of the election process.”

That was the Ganim who, in 2003, was convicted on 16 out of 22 counts of corruption and ended up serving seven years of his federal prison sentence. Ganim, in one of history’s less probable comebacks, beat Finch and Mary Jane Foster last week in a primary. Foster dropped out of the race earlier Monday. And then…well, presumably you’ve clicked on the links. The party missed the deadline for putting Finch on its line.

Finch has just a few options. Foster will probably get back in. He’s not getting her ballot line because she hates him. One thing about Bridgeport: nobody is in the process of sorting out his or her feelings toward anybody else. People are allies or enemies already. It would seem unlikely that either of the other holders of ballot lines — Republican Enrique Torres and Charles Coviello of the New Movement Party — would relinquish their spots to Finch, but I think we’ve learned in recent months never to say never in Bridgeport. A sitting mayor has a lot of capital to trade with — and maybe Finch especially. One of the knocks against him has been the existence of “ghost positions,” funded but not filled, in his city budgets. People have in-laws, girlfriends, cousins, high school buddies, you know?

His other option is a write-in campaign. Let us not forget the mighty Jarjura, who racked up about 8,000 write-in votes on his way to winning in 2005. However, Jar-Jar faced no adversary as formidable at Ganim, and he was able to make his campaign essentially about one thing only: how to do a write-in vote.

A cable television commercial that ran 109 times a day for two weeks showed Jarjura going into the voting booth and demonstrating how to cast a write-in vote. The campaign also rented three voting machines, set them up in headquarters and bused in elderly residents for coffee and voting demonstrations.

Jar-Jar also ran in a slightly busier field. He won the general election with only 38 percent of the vote. Even with five candidates running in Bridgeport, I think the winner will need a few more points. Still, never say never.

So we have one very pissed-off finch. 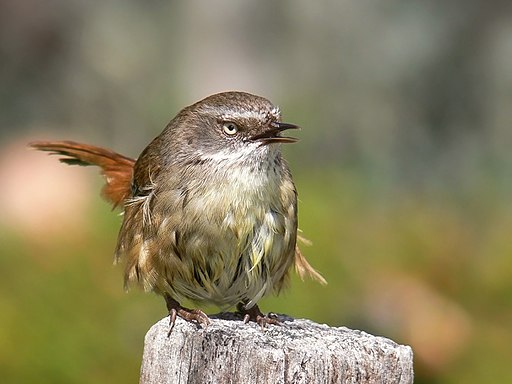 This is also a major black mark for Finch’s longtime Richelieu, Adam Wood.

There are chiefs of staff, and then there are the chiefs of staff who are disliked and feared and who are suspected of being the true intelligence behind the throne and the author of many of the throne’s most brutal power plays. Matt Hennessy was that kind of COS for Eddie Perez and, in a different way, so was Lisa Moody for Jodi Rell. I don’t know Wood, but that’s his reputation, which includes being a know-it-all. And make no mistake, this is on him. Maintenance of the Stooge Candidacy is not a job you delegate. You know there will be challenges and invocations of technicalities when the day comes for you to make your play, so you memorize all the rules and you know all the details.

Except he didn’t. The likelihood that these two men will open a bed and breakfast — The Wood and Finch? — after this debacle has to be rated very low.